The American Assassins (originally the Colonial Assassins) was a brotherhood of Assassins that officially formed after the American Revolutionary War. The American Brotherhood is located in the United States and various parts of North America.

During the late 18th century the Assassin Connor Kenway started to rebuild the brotherhood but was almost wiped out after the return of the Templar Shay Cormac and his Newly formed Templars of the American Rite who started another Assassin Purge. The Purge Continuing from 1789 to 1796 nearly destroyed the Assassins but not completely like the Colonial Brotherhood years ago. The Assassins would rise again when Connor's son Achilles "Dyami" Kenway joined the brotherhood and helped rebuild it.

In the War of 1812 the Assassin aided the U.S Army and Navy during the War. The brotherhood at sea fighting against the Knights Fleet

After the American Revolutionary War in 1783 Connor officially formed a Brotherhood of his own. Rebuilding the Brotherhood Connor recruited Assassins such as former slave Patience Gibbs with the help of the Assassin Aveline de Grandpré of the Louisiana Brotherhood, or the formwe criminals such as Rogers who was a pirate Connor himself saved from drowning After his ship was destroyed by the Morrigan. Rogers joined the Assassin Fleet. Another recruit was Joe a local psychopath in New York who Connor helped put his skills for better use.

In 1789 the newly reformed American Templars started attacking the assassin Headquarters the Homestead and tracking down and killing many assassins such as Duncan Little and Stephane Chapheau. The brotherhood was crippled until the Son of Connor came and helped rebuild brotherhood and help destroy the new Templar threat.

In the War of 1812 the Assassins helped the Americans in many battles in land and sea. They did not exclusively serve and help the Americans as some of the Assassins killed Templar Soldiers within the U.S Army and also sometimes are sent by Connor to help some British Affiliated Tribes.

Connor the Offical Founder of the American Brotherhood 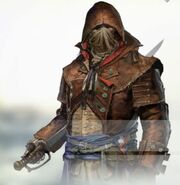 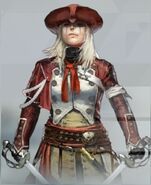 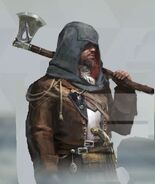 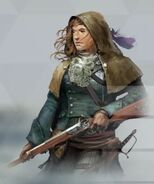