"The Assassins may try to stop us, but the Templars will never lose. We have resources, influence and members of the government at our disposal. How can we be brought down by a bunch of teens playing with blades? "
―Angelica to One, 2017

Angelica Verdict Concord is the leader of Abstergo Industries and a skilled assassin herself. She was trained by an Assassin-turncoat, and can therefore trigger the Eagle vision – making her able to locate targets, making them glow and mark them.

She is the creator behind Project Omega, an operation run by the Abstergo branches in order to create their own Piece of Eden. By doing this, the Templars' utopia would soon be in their grasp. The Assassins would be defeated, and the human kind would finally be redeemed of lies and corrupt politicians. The Templars would control every pillar of society, and they would guide every individual to their rightful place.

Angelica is a Guardian of the American Templar Rite, answering only to General of the Cross: Reginald Ainsworth. While working on the Project Omega, her fellow-Templar Alexandre Bacque became a member of the Inner Sanctum – serving as her eyes and ears. When he died in 2017, Angelica mentioned the vacant seat to her father, Aubrey – who wanted the position, but was later rejected. David Kilkerman discovered Alexandre's ties to Angelica, and he made sure that no relatives of her would have the seat in the Sanctum – unknowingly of dr. Gramática's monthly reports to her about future technology, and mentioning the Sanctum's decisions now and then.

Angelica is currently operating the Project Omega from a bunker somewhere in the USA alongside her husband – with agents of the project stationed around the world.

It is unknown if she is a relative of the Templar-turncoat Lady Concord from the mid–late 18th century.

Angelica was born in 1980 to Aubrey and Bobby-Jo Concord. She had an older brother, Howard, that was born four years before. Angelica and Howard was both born and raised in New York City. Her parents raised them to be wise and always act on behalf for the greater good.

Angelica was sent to school at the normal age, and got friends. Many of whom had parents that knew Angelica's. The years in the elementary school went past, and she was to begin at junior high school. Whilst she was here, Angelica met another teenage named Dipper. Angelica found him attractive, and they began to develop a relationship as friends. But like many other teenage-relationships, it ends in a silly romance. It come to an end however when Angelica – and her brother – was moved from the school on the order of her parents. Instead, Angelica and her brother was sent to another school that was far beyond reach of Dipper. Angelica's relationship with Dipper became distant, and she soon found another teen to be together with. They developed a relationship, but she dumped him when she caught him kissing another boy.

At the age of 19, Angelica was wandering in her home when she suddenly saw her mother's jewel box was open. It was going to be a prom at the school – she hadn't a date, but she was the student council chairwoman, and therefore needed to be good-looking – and she was going to dress to impress. Angelica went over to the jewel box and found a ring with a red cross. She also found a necklace with a cross. She didn't think much of it, and putted it back. Afterwards, she picked up a necklace her father had given Bobby-Jo and some earrings with diamonds.

She walked down to the door, telling her mother goodbye. Her brother had already started the car, ready for driving her to the prom. Whilst in the car, the siblings suddenly began talking about the crossed ring and necklace. Howard asked how she had found them, and Angelica replied by stating she had looked for some jewelry in their mother's jewel box. She found them a bit odd, but she hadn't thought more about it. "Why, are they family-relics or something?" she asked. Howard answered that he had a lot to tell her about those two things, but they did not have the time: they were at the school. Angelica thanked her brother for driving her, telling him to pick her up at 12:00 a.m.

The following day was a Saturday, and at the dinner table, Angelica asked her mother about the jewelry she had discovered. Bobby-Jo had been informed of the incident from Howard. "I have decided to tell her, Howard," she said, "I'm a Templar – your brother, too." After a discussion of how absurd the whole thing was, the Concords came to the center. "So, what you're telling me, is that a Templar – members of an order who have been thought to be extinct for nearly a millennium – is a bringer for order in a corrupt society. Both you, grandma, dad, and Howard are Templars – expecting me too join your ranks – in order to achieve a greater good: a New World Order?" Bobby-Jo nodded. "Yeah, you know how crazy that sound, right, mom?" Bobby-Jo laughed short, stating that at first, it did sound very strange. Then, she began telling of the Assassin Order – a secret society who, since ancient Egypt, had just killed people because they was a part of a plot to bring the world further. Feeling the Assassin Order were some people that needed to be stopped, Angelica decided to join the Templars – after achieving what she wanted to do.

Meeting Jaye while studying at the University, Angelica fell in love with the man. After graduating, the two married and moved to Chicago. They tried to have children, but after four miscarriages they stopped trying. Their marriage was still close however.

After these incidents, Angelica became serious and cold-hearted. She began seeking jobs, and was eventually given one at Abstergo Industries as a historical analyst under Warren Vidic. She also became known with Lucy Stillman.

Induction to the Order Edit

Track down an Assassin Edit 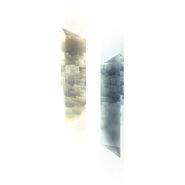 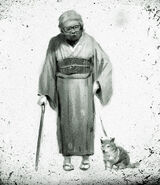 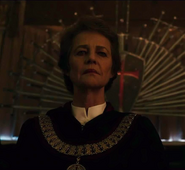 Ellen Kaye
Chairwoman in the Board of Directors

Shaun Hastings
(enemy)
Add a photo to this gallery

Retrieved from "https://acwfanon.fandom.com/wiki/Angelica_Concord?oldid=13208"
Community content is available under CC-BY-SA unless otherwise noted.