The American Assassins Fleet or simply Assassins Fleet was a naval fleet created by Assassin Mentor and Captain of the Aquila Connor Kenway active in North America. After the Templars created a fleet called the Knights Fleet they started to destroy the Fleets network in 1790. After 1796 they managed to destroy the Fleet even if some of the Fleets ships survived they wouldn't be much of a threat that was until Achilles "Dyami" Kenway helped revived the fleet in some point in 1806.

In some point in 1783, after the Revolutionary War the Assassin Connor Kenway now Mentor of the American Assassins organized a Fleet so the brotherhood can do missions at sea. Connor began recruiting many vessels in the fleet such as The Roger in 1787.

In 1789 the Templars created a Fleet called the Knights Fleet witch was to counter the Assassin Fleet. The Fleet helped defend the Davenport Homestead during the attacks. In 1790 the Knights Fleet started to hunt down the Ships in the Assassins Fleet. Templars succeeded in 1796 in destroying the fleet. Few ships survived such as Rogers's Ship the Roger.

After the arrival of Connors son Achilles "Dyami" Kenway and after acquiring his ship the Altair both Connor and Achilles rebuilt the fleet at some point in 1806 with the Altair acting as Flagship and Connor as the Commander of the fleet once more. 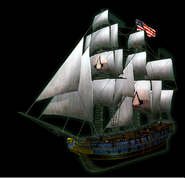 The Assassin Flagship the Altair 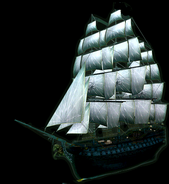 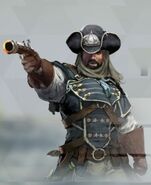 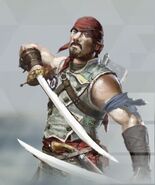