"I fight for freedom, not peace. You can't have both and the sooner you people realize that, the sooner we can achieve our goal!"
―A short narrative by Leon Damien 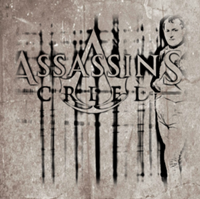 The final installment in the Monarch Trilogy, this story features the end of the Revolution of France into a new era of French history. Compelled by the lust for revenge, Leon sets out on a new quest to take down a revolutionary by the name of Danton while searching for his father whose status is unknown. A bigger problem begins to develop when an ancient artifact is unearthed and given to the wrong hands, can Leon complete his quests?

Leon laid on the ground, his face planted on the steel ground of a fallen Bastille. Gripping the ground, Leon began to rise, smashing his bloody fists into the ground. He tried to get a sense of direction and started to move throughout the Bastille, leading him to some steps. Pressing on, he ascended the staircase, gripping on the railing and beginning to feel the ground erupt from beneath him. In a brief second, he felt himself forcefully pushed to the stone wall and sliding down; smacking into the objects in his way. The eruption stopped and all that could be heard was the smash of the tower smacking into the ground. All he could hear were the voices in his head pleading to get up and keep moving but he couldn't. All he could do was close his eyes and hope for the best.

Leon awoke in a pile of rubble, his clothes ruined and his body a mess, but during that short slumber that dream he had awhile before had came into his mind and finally made sense to him.

"They betrayed him! The Assassins turned their back on him!" He yelled.