Marie Anne: "Training? I don't need training, I need vengeance over my maman (mother) and papa (father)."
Grimon: "You need training to resist the desire of revenge. All we can do is live now, not in the past – and ponder on the things that were."
―Grimon Chimen schooling his niece, 1778

Grimon Amiens Chimen was a French doctor and Assassin operating during the French Revolution. He was the uncle of Marie Anne and Pierre Étienne.

Born to Marie Anne and Pierre Chimen, Grimon Amiens Chimen was destined to become an Assassin from his first breath – just like his four-year younger sister, Mélanie.

Grimon had a safe, but also rough childhood – like many other Assassin-children. Whilst Pierre spent his time teaching the children what they needed to know about stealth, and potions and poisons, Marie Anne taught them about combat and parkour. By their godfather, François Chopin, Grimon and Mélanie learned the ways of the Creed.

Initiated to the fold of Parisian Assassins, Grimon was the first one to be sent out on a mission. He was sent to La Rochelle and kill a Templar that plotted against the local government. Grimon succeeded in this, and manage to obtain information on a Templar enforcer. The Templar was a corrupt public officer, and needed to be silenced. By doing this, Grimon and his Brotherhood managed to get a list on seven Templar-influenced or -affiliated men and women that held the life of several citizens in thin threads.

By the time Grimon had managed to locate, kill end the Templar plots, his sister had entered the Order of Assassins and had achieved the same at the island of Corsica.

At some point Grimon chose to operate as a doctor – in addition to serve as an Assassin – in the city of Paris. In his position, Grimon had the opportunity to help those in need – and using his money to aid the Brotherhood. He had hired only one servant: Vallérie. Vallérie knew about her master's affairs as an Assassin, and stepped in as doctor when Grimon had to leave.

From 1766 to '76, Grimon received letters from his sister and brother-in-law. During these ten years, it is revealed that Marie Anne was born in 1766 – and her brother in 1772. In the letter to Grimon when his sister, Mélanie, tell about her son, she speaks about their father's will; from this, it can be presumed they fought over the right of Le Louroux. It is also revealed about a person named Chat Noir, though his or her role are not revealed. Later, Mélanie write a letter to Grimon, begging him to fetch her children. She and her husband are being sent to the gallows.

After bringing his niece and nephew to the city of Paris, Grimon spent the following two years to let them mourn. At some point he got his hands on his niece's plans on revenge. When he brought these plans in front of her and asked what they were for, she did not answer. Grimon therefore walked up to the to burn the sheet of paper. Moments before Grimon threw the paper inside the fireplace, Marie Anne snapped it out of his hands. Grimon was overwhelmed when Marie Anne had taken the paper without him noticing. "Impressive," he said. "What?" Marie Anne asked. To which Grimon replied that it was impressing that she could take something out from one another's hand. She told that if she had not got it, her plans would be nothing but ashes. Marie Anne was told that she could not live in the past, and had to move on.

The following month, Grimon was ready to train Marie Anne. The garden in the house at the Rue des Petits-Champs was enormous, and soon it was filled with diverse things that would be challenging for her. She was tasked by steal three letters that Grimon had placed in the garden. Twelve of the doctor's assistants – who was informed of the situation – placed themselves in the side scenes of three different places: a palace, a street-café, and docks. Marie Anne was supposed to find all the letters within the time limit – of which Grimon took with the help of an hourglass.

While Marie Anne was targeted by diverse Templars in Paris, her brother Pierre had nothing to do. He lived in the mansion of Grimon. He wanted to become a part of something bigger, something stronger than the Assassin Order. Grimon however, thought that to control the boy, the Assassin Order just had to take him – or else he would do something really bad. He had to train, and the training program created by Grimon was enough to make his time pass by. This was however not enough: He was relentless and wanted fighting instead of lurking in the shadows – to Grimon's hatred. It was rarely Marie Anne was home these days, and was busy finding out which of the Templars pulled the strings in Paris; she worked with another Assassin named Laurent Mouzay, an these two made a spesial couple in the Brotherhood – but they did not made a relationship. Laurent found Marie Anne's brother like a bird trapped in a cage, and make him a part of the Assassin Order before he had become 18 years, more precisely: 1789, at the age of 17.

After removing the Templars, and the siblings were on their way home, their success had already reached the Brotherhood before them. As the siblings traveled home however, news of a Master Templar retaking the city under the Templar banner reached the Mentor and his Council. The Council had already sent Laurent Mouzay to take care of it, but Grimon followed soon after – though, of other reasons that is.

Picking up the pieces Edit

Pierre Étienne
(nephew)
Add a photo to this gallery

François Chopin
(godfather)
Add a photo to this gallery

Grimon wielded several weapons during his life. Abstergo Relics have manage to obtain all of his collection. 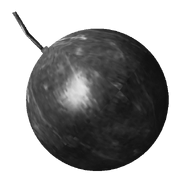 Grimon used several normal clothes, which are lost in history. Abstergo Relics have manage to obtain his Assassin-outfit however.

Grimon in
Assassin robes
Add a photo to this gallery

Retrieved from "https://acwfanon.fandom.com/wiki/Grimon_Chimen?oldid=10949"
Community content is available under CC-BY-SA unless otherwise noted.