The Knights Fleet was founded by Grandmaster Templar and Captain of the Morrigan Shay Patrick Cormac who made this fleet after an assault on the Assassin Homestead. Over the Years the fleets influence spreading across the Seas reaching many Templar sailors of many Navies. They managed to destroy the Assassins Fleet in 1796. 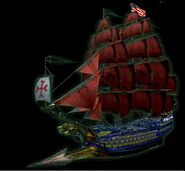 The Knights Fleet Flagship the Abstergo 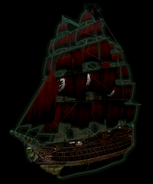