"The Luxembourg fighters are a gruop of fallen aristocrats and merchants who don't have much other to do then reclaiming their lost so-called "glory". Even though their actions may look Assassin-affiliated, they are Templars through and through. "
―Angélique Ingur telling about the Luxembourg fighters to Pierre Étienne

The Luxembourg fighters (French.: Le Luxembourg combattants), or simply The Fighters (also written as LF) was an extremist Templar-affiliated group that operated in the revolutionary Paris. The Fighters used the Luxembourg Palace as their headquarters, and ruled the trading and lives of every soul in the poor or middle-class of Paris. The Fighters' leader was a viscountess named Madeleine Montrez de Gambais, the sister of Jean-Jacques de Gambais. During the whole French Revolution, The Fighters was hired multiple times to execute the Templars' dirty-work.

Some years before the French Revolution broke out, de Gambais traveled to Paris in order to find worthy opponents. The idea to create a group of aristocrats that was supposed to rule the streets of Pars, was her own. Although, to establish it she needed money – and her parents would not giver her some, conservative as they wore.

Upon her arrival in Paris, de Gambais quickly asked around after a woman named Élisadora Robert, one of the poor boroughs' most tough and hard citizens. In order to recruit her, de Gambais had to locate her somewhere near La Seine . She found her on a tanneries, working her to the limit. She had learned some years ago that Élisadora was a close friend of Charlotte Corday, a known revolutionary. It was no point in recruiting Corday – she would get herself killed quickly. Élisadora however was a woman that had reputation of killing a target of high rank in the range of aprx. 50 meters with a pistol. It was odd she wasn't rich: there had to be a lot of people in power who wanted to get rid of their enemies on a way like Élisadora could manage.

Talking to Élisadora, de Gambais learned that she had used her money to start a campaign to get rid of powerful people like the tailor-turned-aristocrat François de la Serre. De Gambais told Élisadora that she could give her a job as an Assassin, even her bodyguard. Élisadora wanted to know what for, and de Gambais answered: "I seek to free the citizens of Paris from a corrupt despotism, and in order to that, I need to find people who can accompany me."

The Inner Sanctum of the Luxembourg fighters were Madeleine de Gambais and Élisadora Robert, and lead the operations in Paris from their headquarters: the Luxembourg Palace.

Élisadora Robert
The Dandy
Add a photo to this gallery

"Accept my contracts, and you will have the Brotherhood's blessing. The Lieutenants in Luxembourg Fighters have been chosen by their skills: approach them discreet. "
―Angélique Ingur to Marie Anne and Pierre, 1789

The Lieutenants of the Luxembourg fighters were all Frenchmen – which was a sort of unwritten rule to become a lieutenant.

Marie Brunet
The Gladiolus
Add a photo to this gallery

Kevin de Kilmister
(puppet)
Add a photo to this gallery

The soldiers of the Luxembourg fighters carried the same colors as the Saint Vierge's extremists, but the LFs also carried more yellow instead of white. 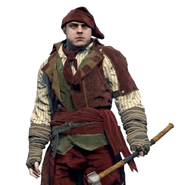 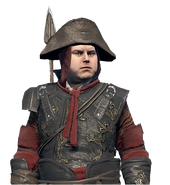 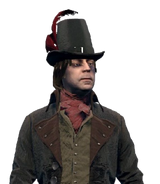 LF Captain
Add a photo to this gallery

Retrieved from "https://acwfanon.fandom.com/wiki/Luxembourg_fighters?oldid=13235"
Community content is available under CC-BY-SA unless otherwise noted.