Quentin: "Do you understand your task's importance?"
Richard: "Certainly, sir."
Quentin: "Good, because if not, I will send Agnes Lootbox on you, to remove some parts of your body that states which gender you are. "
—Quentin Blaise to Richard Brave-Stone during the Caribbean Purge, 1770–1776

Richard Albert Rockmail Brave-Stone was a Templar puppet that operated in Caribbean during the Purge of Assassins, where he served under Quentin Blaise. During the French Revolution, Richard served under Madeleine Montrez de Gambais and her group of Luxembourg fighters.

As an 20-year-old man, Richard's brothers had already become wealthy merchants and had even families of their own. Richard was a disgrace to his family. His mother disgusted the books Richard read, and his father was angry that he did not care for the jewelry-shop. Richard spent his money on women and wine. He carried out lavish parties for his friends – or lickspittles would be more appropriate.

At the parties, Richard also had a man that always stood by his side, Peter Providence. Peter had been a childhood-friend of Richard, and they had a deep and sexual relationship. One night, when Richard's parents found Richard in bed with Peter, they screamed of despair and banished Richard from their home – never to return.

Buying himself a house in the City of London-borough, Richard now lived just as lavish as he had done when he lived with his parents. Peter Providence had been sent in monastery for men that had the same problems as him – meaning they would cure each other of this "sickness". In other words: Peter was sent to a place with other gay guys.

Whilst living in London, Richard got to know a family named Sussex. 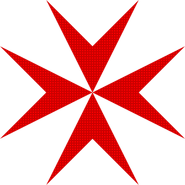