La Saint Vierge (French for The Holy Virgin) was a group that was created by Templar Marguerite LaVenduz. She payed men known as the Extremists, making the organization affiliated with the Templars. Marguerite used her network of companions and Extremists to spread fear in Paris. The group had the Extremist (with their own way of ranking) and LaVenduz' companions as their lieutenants.

At the surface, Saint Vierge seems like a rebellious group, but in fact the group was a part of a bigger plan:

Marguerite is a messenger from Juno and tries to call on her: make her come to the world. The Extremists is just a shell, for the lieutenants in the different boroughs is searching for three keys to unlock a chamber in Paris. Inside the chamber lies the Jewel of Eden. They carries the keys to the chamber on themselves – or so they think. They are searching for the chamber – convinced they have the right keys. In fact the keys unlock a gate in the Court of Miracles. The gate was hidden inside the pillar the Le Rois des Thunes used during his hunt at Arno. Each key from the borough-Templars unlocked the pillar, where it could be found three keys and a map to the chamber were the Jewel was to be loacted: under the Tuileries palace.

An organization just called The Extremists in public. They are paid by the Templars (who thinks the Extremists is working for them), and their leader is Marguerite LaVenduz, who operates as the Queen of Beggars (La Reine des Thunes) from the Court of Miracles. Their purpose is to shake the humankind back to their rightful place by make Juno appear in the real world – although these ideals are only revelead to it's high-ranked members (LaVenduz' lieutenants), who agrees on the organization's thoughts and beliefs. LaVenduz is a Templar, but only to get the needed recourses and to not be crushed by the Templar Order.

The leaders of the Saint Vierge, and where they are to be located. 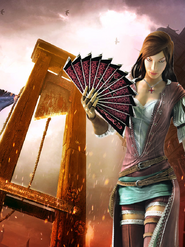 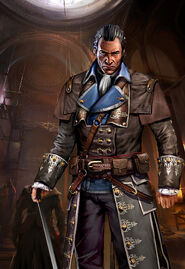 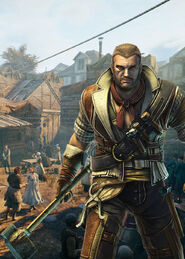 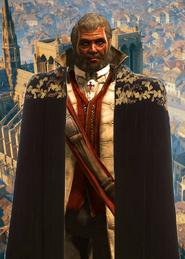 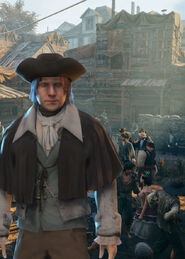 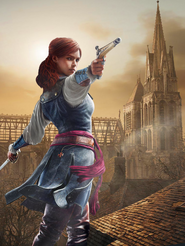 The lieutenants was to be located all over Paris, but the Assassins needed to remove the Luxembourg Fighters' lieutenants if they wanted to locate them. The LF controlled the streets, and the Saint Vierge behind the scenes. Get rid of the scenery to get offstage. 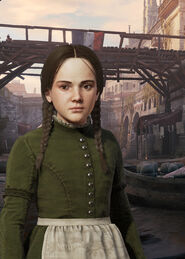 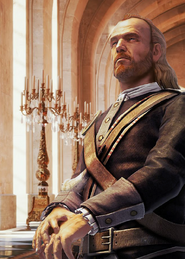 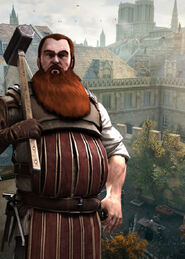 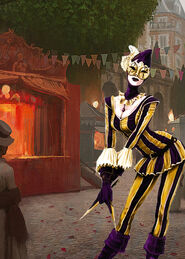 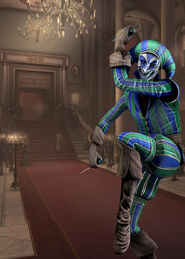 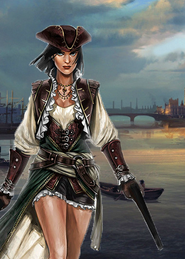 The allies and puppets of the Saint Vierge was those who did not choose to join, but supported the lieutenants in some way.

Charlotte LeFay
(puppet)
Add a photo to this gallery
Retrieved from "https://acwfanon.fandom.com/wiki/Saint_Vierge?oldid=13236"
Community content is available under CC-BY-SA unless otherwise noted.