"You are an Assassin, you are fighting Templars, but all of you are in desperate need of help. You are many in you Brotherhood, but you don't have the resources to raise an army. I, on the other hand, already lead an army of freedom fighters."
―Suzanne upon meeting Marie Anne Étienne in Calais, 1789

Suzanne René was a French merchant, seamstress and fighter operating in the city of Paris during the French Revolution at the side of the Assassin Brotherhood. She was the lover of the Parisian Assassin Brasseur.

Born and raised in the city of Bordeaux, Suzanne was the only daughter of Monsieur and Madame René, and the younger sister of Jeannot and Claude René.

Suzanne was raised to become a housewife and a seamstress by her mother, while her brothers were both taught in the ways of trading and fighting. Both of her brothers decided to enter the French Army later in their life, both returning and settling down after ten years of service.

Suzanne's brother, Claude, felt pity on her however. When he saw her glancing at his weapons when he was training in the backyard, he tried to train her as he was taught in the army and by their father.

Refusing to marry men of wealth during her late teens, Suzanne was soon put away. Both of her parents felt Suzanne was a disappointment, but Claude did not allowed them to just let her go. So, both Suzanne and her brother left Bordeaux and left for Paris. In the city, Suzanne got work as a seamstress for a baroness-widow, and her brother served as the tutor for noble boys.

One day, Suzanne was contacted by the Parisian regiment. Her brother had been wounded in a duel with a soldier. He had survived, however, but could only operate from a wheelchair. Wanting the siblings to still live in Paris, Suzanne continued working as a seamstress and overtook her brother's job as a fighting-tutor. Claude had set some money away during their time in Paris, and at some point – with the money both of the siblings earned – Claude bought an establishment to work as a pawnbroker. By night, he used some of the money on card games – swindling himself more coin, which he shared with his sister.

At some point, she made the acquaintance of a man named Brasseur. He introduced her for his work as an Assassin – offering her a position in their ranks, but she refused, she would like to aid them however (and so would her brother).

Downfall of The Duke Edit

Suzanne's fate is unknown, but some Assassin-records tell she was had sailed to Norway to carry out some work for the Brotherhood. This happened around the time during the events of the writing of the Constitution. After this she disappear. She was either killed by a Templar agent, or she carried out the business for the Brotherhood and lived the rest of her life in Norway – though while in union with Sweden.

Claude René
(older brother)
Add a photo to this gallery 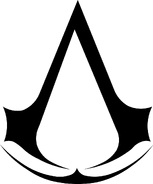 Brasseur
(lover)
Add a photo to this gallery

Retrieved from "https://acwfanon.fandom.com/wiki/Suzanne_Ren%C3%A9?oldid=12344"
Community content is available under CC-BY-SA unless otherwise noted.