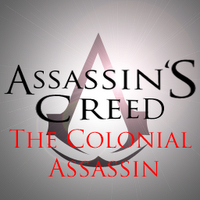 Assassin's Creed: The Colonial Assassin follows the story of an Assassin named Puragna, who lived in 19th century India.

I was sent on a mission by my Mentor to assassinate Tantia Tope after discovering his true allegiance, but it had all gone wrong. I had planned a route on how to get to Tantia. The plan was to get to the rooftops and air assassinate Tantia. I had to be careful though, there would be tons of guards patrolling the rooftops, so I stocked up on arrows and throwing knifes, I also took my trusty Qatar.

When I entered the compound I was astounded by it’s size, it was very crowded and was littered with off white colored houses. I climbed a building inside the compound and quickly scouted the rooftops for guards. I had chosen a route which would have a minimum number of casualties which was 2 but I had to get through a thin ledge without getting spotted. I was lucky that the guard was distracted by one of the citizens down on the ground. So now all I had to do was dispatch the two guards. I took out my bow and launched an arrow to the guards head, and quickly tossed a throwing knife at the other guard who went out silently. Now I was directly above Tantia. I closely observed the guards patrolling patterns on the ground and timed it correctly so that when I jumped all the guards would be looking away from Tantia. I jumped and took out my hidden blade in the process and while landing on top of him, pushed it right through his neck. I went to close his eyes and that was when I had my shock, I found that it was not Tantya and was one of his generals, regardless I said, “शांति में आराम (Rest in Peace)” and turned to see all his guards running towards me. I had no time to think. I ran.

The crowd was dense, everyone was running and it was very difficult to escape. The guards were chasing me. Hopefully, they too were having as much as trouble as I was having navigating through the crowd. I ran for what it seemed like an eternity. I pushed my way through the crowd and turned my head to see whether they were following me. That was my first mistake, by turning back I didn’t see the guard who was coming at me from the front. He tackled me and we both fell down. By the time I got up all the guards had surrounded me. I got ready to fight. I took my dagger in one hand and the Qatar in another. I observed the guards and counted 12. I had to finish it before reinforcements arrived. To win this battle I had to use my surroundings against them, I took note of a tree at my left and a carriage on my right. I had to use it against them.

Their swords sparkled in the sun when they attacked. I parried the first guards blow with my dagger and pushed my Qatar through his throat, blood came gurgling out his mouth. Two guards attacked me together, I parried one sword with my Qatar and pushed my dagger through the other’s temple. The other guard recovered from the parry and aimed to chop my neck, but I went under his blow and pushed my Qatar through his stomach. Three down more 9 to go. By this time I was beside the tree, I saw a guard attacking me and ducked behind the tree, I came around it and grabbed another guard’s sword while pushing him at the guard who was cornered at the tree. I quickly jabbed the sword through their stomach pinning them to the tree. Before I could turn and attack the remaining guards I felt a shooting pain at my knees. While I was turned back a guard had sliced at the back of my knee. The last thing I remember, was the guard readying his sword to jab me through my chest and I also heard a faint chhhh sound before my life started reeling before my eyes.

Part 1: The Birth of an Assassin[]

“Puragna”, shouted Nagaraj ,”We don’t have enough firewood. Could you go get some from the forest?”

“Yes brother” , I said, “Anything else?” “Get some boar meat while you’re at it”, shouted my father from the back room.

And so I went, to the forest which was near my village, armed with an axe, a hunting knife and a bow. The forest was dense and thick with shrubs, creepers and trees. The hunting ground was beside a watering hole, which was deep inside the forest. I heard a faint growling noise behind me. Alarmed, I crouched low. I slightly turned my head around and saw a big bear coming at me. It jumped at me with it’s sharp paws, but I rolled to the left right in time. I quickly clambered up the trees nearby and started free-running across the trees.

Once I reached the watering hole, I lied in wait for boars to pass. I had to be careful because the boars attacked anyone who would do harm to them. I did not have to wait long since a few boars had arrived to drink water. I readied my bow and took aim at the head of the boar which was farthest from me. I fired and quickly ran towards the boar closest to me and killed it with my hunting knife. Two boars tried to attack me but I rolled to the side and stabbed the boar in it’s stomach. Seeing this, the rest of the boars ran away. I carefully skinned the boar and gave thanks to Mother Nature for her generosity. Now all I had to do was gather some firewood.

After I gathered firewood, I started walking home with the heavy weight of the wild boar and firewood. Half the way through I heard some noises of fighting. A few moments later I heard a loud scream from the same direction. Alarmed, I ran as fast as I could carrying all that weight. The place where they were fighting wasn’t very far. I was shocked after seeing that scene. A lone hooded man was fighting against five other men, and from the looks of it his right hand was broken. I knew he couldn’t survive in the fight much longer, so I quickly put down all that I was carrying and unsheathed my dagger. I ran at one of the men and put my dagger through his chest. The moment I did that, the other men noticed me, the hooded man said, ”This isn’t your fight, child. Stop, before it is too late.” Whereas, the other men shouted, ”Kill him. Kill the boy now!” Immediately, two men swung their swords at me. I ducked under the blows and pushed my dagger through the back of the man on my right and forced the sword from his hand and armed myself with it. The other man was wary now. He swung his sword low, but I parried that blow with my dagger and pushed my sword through his neck. I pulled my sword out and looked around, I noticed that the hooded man had taken down one of them and was fighting the remaining one. I ran up behind the remaining man and slit his throat with my dagger.

After the fight was over, the hooded man said, “What is your name, child?” “Puragna”, I replied.

“What? You can’t just go. You’re in no shape to travel. You need to take rest and heal completely”

“You barely held your own against those thugs, and by the sound of it, It looks like you have to travel far and I am sure that you will not make the journey with that arm.” ,I said

“Come with me, then”

After gathering all my things, I led him to my house. Fortunately my parents knew a little about mending broken bones. After a few hours my parents said that it will take a few weeks to settle. All the time, I kept talking to him and asking him who he was, but he would never answer me. After the cast had been removed, he said that his name was William and that he was an Assassin. I asked him what was an Assassin and he replied by telling me the history of the Assassin Order, beginning with the story of a man known as Altair of how he rebuilt the order and Ezio, who wanted to find the secret of Altair. After that he said, “So, what do you say of becoming an Assassin?”