The Fall of the Mori 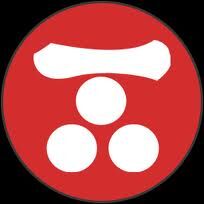 A white matrix picks a date then faaaaaaaade.

The Mori were one of the many clans in feudal Japan and they ruled their land wisely and brought prosperity to it. Years after the Mori siezed control and expanded their rule, corruption began spreading through the clan's higher ranking officers. They started to attack the other clans and brought war to their once prosperous lands. The people began revolting. Soon a civil war had started and that is where our story begins.

Chapter 1: The Battle at the Village[]

The war between the resistance and the despised rulers known as the Mori in feudal Japan was finally coming to an end, but the victory could belong to either side. In the last crucial days of the fight we find a family. Xian Pang, her brother Shigeru Pang and their parents. The battles were getting closer and closer to their village every day. Their father was constantly out barricading the house and helping other families seal the village walls. The day finally came. The Mori clan was on the brink of collapse. The resistance attackers were equally as battered. It was clear as the war panned out closer and closer to the village each day, the final battle would take place here.

Just as Xian's dad had come home from renforcing a neighbours window the first shot was fired. Immediatly panic swept over the village. The village men, not belonging to either side where ready to fight. Shigeru was ready to fight by his dads side and nothing would stop him from doing so. Xian and her mother were the only ones in the family that would be fleeing from the village. As soon as Xian and her mother reached the back exit of the village resistance and Mori fighters rushed in. Chaos broke out as the towns defenders fought either side, the Mori attacking anyone and everyone, and the resistance fighters targeting only the Mori. In the chaos Xian was torn apart from her mother by a Mori fighter who was about to slash her with his katana but suddenly his grip loosened. A crying Xian looked up to see the Mori warrriors face had gone slack and then he toppled over her. Xian threw the corpse of her and looked up. Standing there was her brother, Shigeru, with a bloodied knife. He flashed Xian a quick smile and rejoined the fray. Xian knew she could help her brother. Just because she was a woman didn't mean she could'nt help. As Xian sat there pondering this she heard a scream.

Xian quickly looked to her left where her mother was running towards her while a Mori warrior pursued her. Xian's mother tripped over a burning log and fell. She only had time to mouth the wod run to Xian. Right after the warrior had shoved his knife hilt deep into Xian's mother's chest he was impaled in the neck by a throwing star. Xian sat there in disbelief as she played the event over and over in her head. A loud yell from what looked like the leader of the resistance, who was dressed in hooded robes much like the elite fighters of the resistance got Xian's attention. "RETREAT!" he yelled over and over again until all resistance ran towards the back exit protecting the civilians from the Mori. This yell brought Xian back to her senses. She picked up the katana from the fallen Mori warrior and followed the resistance out of the village while she wondered why the resistance was protecting the civilians.

Chapter 2: The Aftermath of the Battle[]

LATER THAT NIGHT. Most of the village had left the resistance and went their seperate ways but Xian was one of the few that stayed. Whether it was because of her curiosity or her helplessness she stayed. She sat by her lonesome thinking about the day's battle. Her brother and father where nowhere to be seen and her mother was dead. For all she knew she was the last member of the Pang family still alive. Finally after hours into the night she mustered up the courage to talk to the resistance leader. As she reached the tent she heard talking. She quickly scrambled away from the door and to a vantage point. She listened in. A burly male voice was talking. "...can't continue. We should just surrender until we can strike again. We lost too many people today." A calm male voice continued on. "It would only make sense if we waited until we had more..." "What about the Pang?" interjected a woman. There was a collective gasp around the room. "WE have the Pangs?" Said the burly voice. "No, we only have the young woman, Xian. The mother and father both died in the battle and the brother is missing." said a new voice who sounded like a leader figure. Xian let out a gasp. She couldn't believe what she had heard. "Mother and Father both died!" She thought. "And Shigeru is missing he might be dead too!" Suddenly everyone one in the room grew silent. Xian wondered what they where doing but before she could even think of a possibility she was whisked off of her feet and out of the tree from which she had been eavesdropping. Dazed, Xian looked up to a circle of 5 people around her. Each of different sizes and different coloured hooded robes. Their faces were shrouded in darkness and before Xian even uttered a word the thinnest member of the hooded group grabbed Xian's shoulder and applied pressure. Xian slowly drifted into unconciousness, her last sight was the hooded members picking her up and taking her somewhere.

Chapter 3: The Introduction to the Brotherhood[]

THE NEXT DAY. Xian woke and jumped up. She looked around. She seemed to be in a forest close to nowhere she new. There where 5 tents around her and a recently put out fire near her feet and her katana lay just a couple of metres behind her. She noticed that she was not wearing her sandles but in fact ones like the hooded people had on the night before. She reached for her hair but a piece of fabric blocked her hand. She was wearing a hooded robe too. She looked down to her stomach. A strange insignia was attached to a belt around her waist. She took a step back in disbelief. The resistance members had kidnapped her. Xian heard laughing. She looked up and saw the thin resistance elite that had incapacitated her the night before in a tree high up in the forest canopy. The thin resistance leader jumped off from the tree and landed in front of Xian. The thin resistance elite pulled off the hood shrouding its face. It was a woman, the very same one who ahd asked about Xian the night before. The woman chuckled. "I was suprised too when I joined the Brotherhood." "Wh-who are you and what is this Brotherhood?" Xian said as she backed up towards her katana. "I am known as Akemi, the bright and beautiful" The woman said to Xian. "It is not my duty to tell you about the Brotherhood, but last night you heard some things you shouldn't of so we took you here ao you can join the Brotherhood." Xian reached her katana and grabbed the hilt. "I DON'T WANT TO JOIN A BROTHERHOOD!" Xian yelled as she swung her katana to Akemi. Akemi was quick. She ducked down beneath the swing and kicked Xian's legs out from under her. Xian tumbled to the floor narrowly missing getting impaled by her own katana. "My, my we don't want to do that do we espeically with the Master Assassin on his way." Scolded Akemi pointing to the horizon. Xian looked and there, shrouded in mist where the other four resistance elites and they looked like they had important news.

The four resistance leaders reached Xian and Akemi. They did not look happy. Sensing this Akemi asked them what was troubling them. "Akemi, We must talk in private. Hiroto, you stay here with the Pang and begin to introduce her to the Brotherhood." said the leader of the group while pointing to the burly member of the group. "Will do sir!" exclaimed Hiroto. With a chuckle and a quick shaking of his head the leader and the three other resistance elites turned and walked away.

Once they were out of sight Hiroto turned to Xian and said cheerfuly. "Hi there, I'm Hiroto! I'm new to the Brotherhood so I try my best everyday!" The tone of his voice infurated Xian as know one gave her any answers to where she was, what this "Brotherhood" was and why the kept refering to her as "The Pang." Xian looked at Hiroto and started to yell. "WHERE AM I! DO YOU THINK I WANT TO BE HERE! LEAVE ME ALONE AND GO JOIN YOUR BROTHERHOOD!" Xian said the word Brotherhood with distaste. "I am new here. Almost as new as you. I am just trying to fit in." said Hiroto quietly, not meeting Xian's eyes. Xian softened and sat down beside where Hiroto was standing and started to cry. "I'm sorry Hiroto. My family is dead, my village is destroyed and I was kidnapped by this resistance Brotherhood." Hiroto sat down and faced Xian. "Don't be sad, Xian Pang. You are a beautiful woman and you have much to offer. Hope is not lost. Before I continue I must get one thing clear. We are not the resistance. We are Assassins."

"Assassins! You are telling me your Brotherhood goes around and kills people for money!" Xian said after hearing the news. "Another common misconception. We do not go around killing willy nilly. Did you noticed during the battle at your village we only attacked the Mori and disarmed the civilians attacking us? That is because the civilians are who we fight for. We wish no harm onto them. The Mori on the other hand are secretly Templars. They wish to control the world into peace but we, the Assassins, believe in free will and we defend that free will from the Templars. We are not evil, they are not evil. We both strive for the same goals but, the only difference is the method." Hiroto explained to Xian. "Do you expect me to believe this!" Xian shouted. "Yes I do and I think they would too." Hiroto said to Xian pointing to the place where the other four Assassins had disappeared to. They were coming back to the camp and they were motioning for Xian and Hiroto to come to them.

As soon as Hiroto and Xian had reached them the leader had started talking. "Hello, Xian Pang, we are very fortunate for you joining our ranks. I will explain why later. You have already met Akemi and Hiroto. This is Keiko, and Daisuke. I am Takeru and together we are the elites of the Brotherhood." Takeru said pointing to the other woman of the group, Keiko and a man who looked indifferent to anything that was going on, Daisuke. "Now we will answer your questions but first we will talk about the Brotherhood."

Chapter 4: Those Who Came Before[]